The region’s anomalous warmth continued on Wednesday, as the city set a record high temperature of 82 degrees for February 6, breaking the mark of 81 degrees set in 2017. This also marked the first time Houston recorded a daytime temperature of 80 degrees or warmer this year. Lows this morning have only dropped down to around 70 degrees—more typical of late May or early June than this time of year—but this mid-winter warm spell will finally end today as a cold front sweeps through the area. 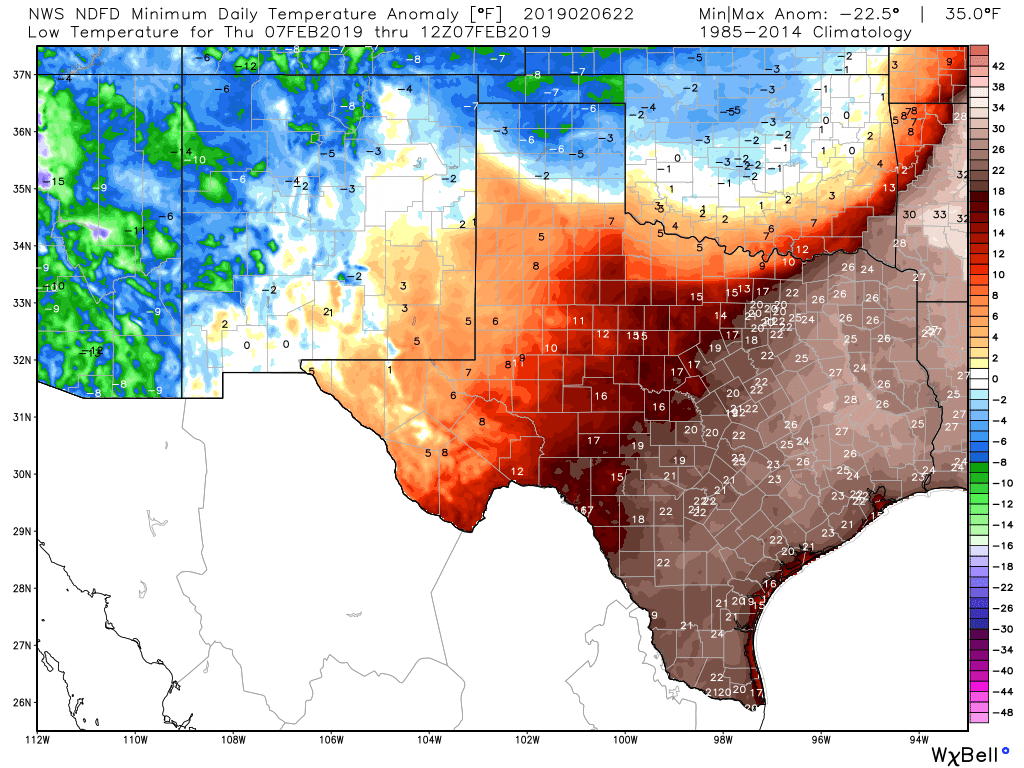 Lows on Thursday morning are about 25 degrees warmer than normal in Houston. (Weather Bell)

Patchy fog has developed near the coast this morning, but for the most part coverage is thin inland due to some moderate surface winds mixing things up. The front should reach areas northwest of the region this morning, push through the city itself around noon-ish, and move off the coast this afternoon. In terms of rainfall, we’re still looking 1 to 3 tenths of an inch of rain, with the potential for some thunderstorms near the frontal passage. It’s probably not a bad idea to send your kids to school with a sweater for this afternoon, but temperatures aren’t really going to start falling until around sunset. Winds will gust this evening at or above 20mph, and lows Thursday night will drop into the low 40s, generally.

As advertised, these will be a pair of cold, mostly gray days, with highs in the upper 40s and low 50s for Houston. Friday night should be the coldest this week, with lows in the upper 30s for inland areas, and 40s near the coast. Some light precipitation is possible later Friday or on Saturday, and there’s a slight chance an area like College Station or Huntsville may see a bit of sleet—but most areas will probably stay dry, and I’d bet against any kind of a wintry mix anywhere near Houston. 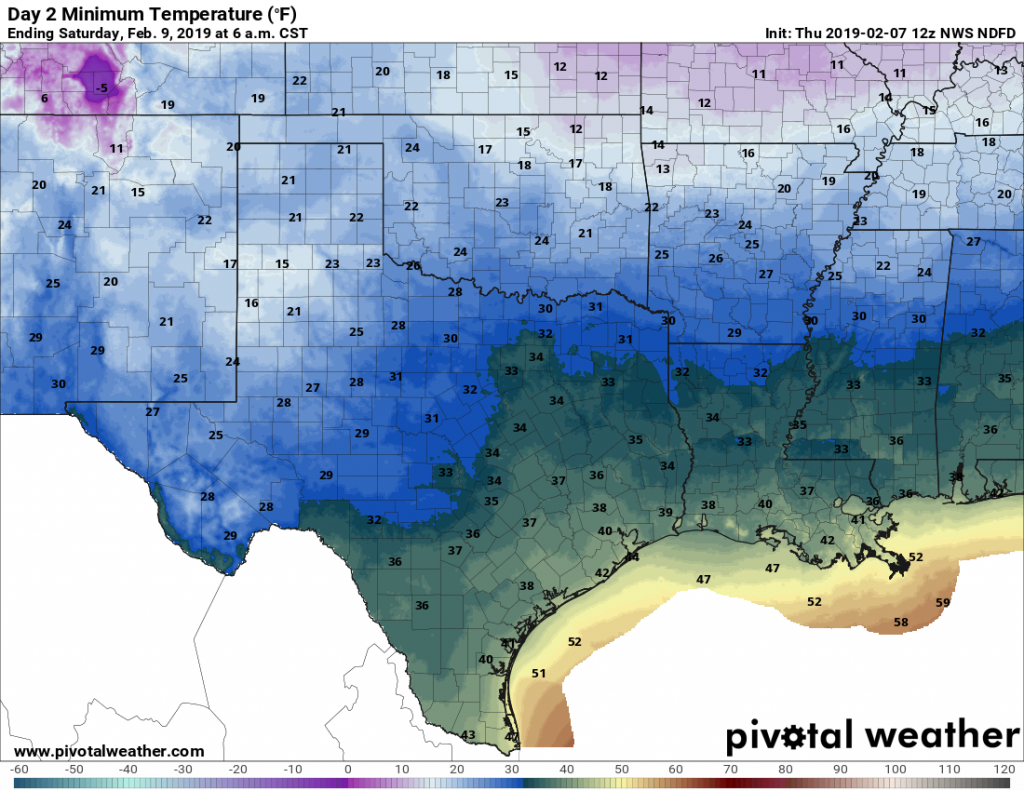 Lows on Friday night will be cold, but not freezing for the region. (Pivotal Weather)

This will be a warmer day, as the onshore flow returns, and highs nudge back into the mid- to upper-60s. Unfortunately, we’re going to remain gray, with mostly cloudy skies, and a slight chance of rain. Amazingly the forecast models don’t show much of a sustained break in the clouds for Houston until next week, around Valentine’s Day, or a week from now. Then conditions may improve somewhat, but I don’t see any sustained periods of sunny days even then.

The warming trend will continue through Tuesday, and a slightly more disturbed atmosphere will bring better chances for light to moderate rain in Houston on Monday and Tuesday of next week. A front will knock highs back into the 50s for a couple of days—but then temperatures will probably be on the upswing again.

5 thoughts on “Record-setting heat ends today in Houston, but gray skies will remain”