Good morning. The radar is a bit quieter this morning, so before jumping into the forecast I wanted to note a dubious record the city set last weekend. According to World Climate Service on Twitter, Saturday was the most humid day on record at Houston’s Bush airport (which has recorded hourly data since 1969), with an average hourly dewpoint of 79.7 degrees Fahrenheit. The four days from June 20 through June 23, in fact, ranked as four of the top six spots for daily mean dewpoint in Houston. As a reminder, here’s how Matt recently characterized dewpoints, and how they feel: 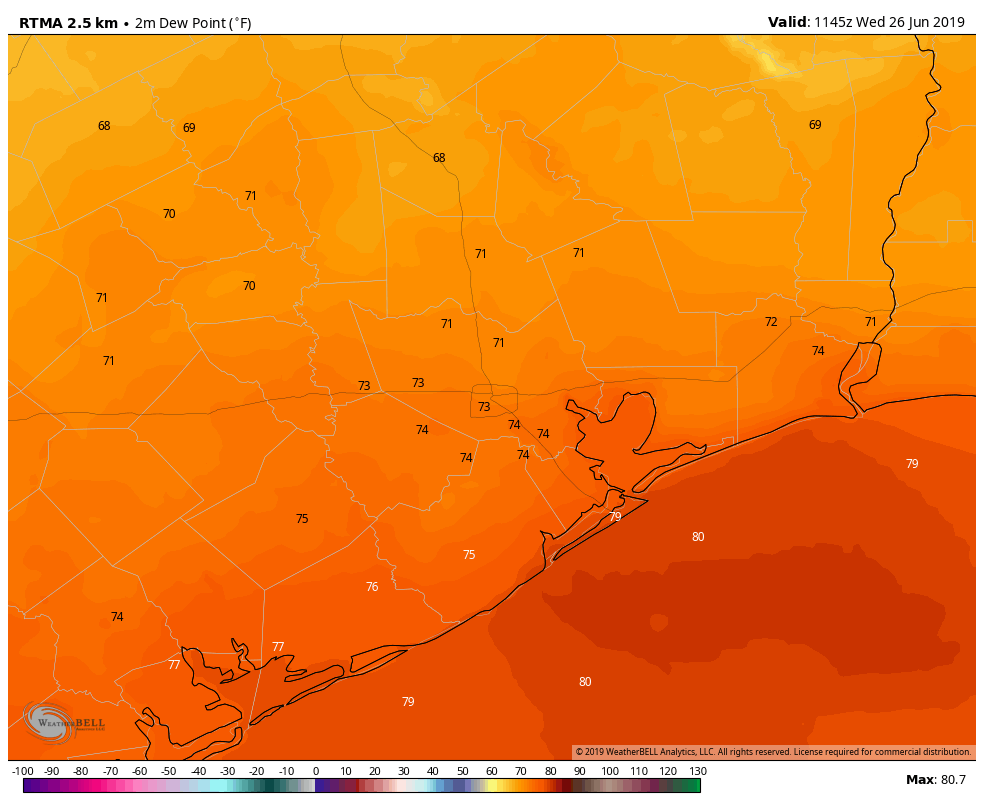 In case you were wondering, dewpoints this morning are generally in the low 70s. We’re going to see another day with scattered, daytime showers across Houston. Accumulations should be less than Tuesday, but we can’t rule out some areas seeing a 1 inch or so of rainfall, with a higher bullseye under the slowest-moving storms. Most of the area will probably see 0.25 inch or less. Highs will get up to around 90 degrees, although local temperatures will depend upon the extent of sunshine your area receives. High pressure should begin to build in this evening, shutting down rain chances area-wide.

Under a building ridge of high pressure situated over West Texas, these days should see partly to mostly sunny skies, with highs in the low- to mid-90s. Rain chances won’t go away entirely, but I would not expect more than about 10 percent of the area to see any precipitation. These will be fairly classic late June days, weather-wise.

High pressure will retreat to the west by this weekend, and this will allow a more moist air mass to move into the region. This in turn will drive up rain chances to about 50 percent for both days. Right now accumulations don’t look too serious, and most of the area will probably see about 0.25 to 0.75 inches across both days. This won’t be a washout, but any fast-developing thunderstorms could ruin outdoor activities as you shelter from lightning. Highs should hold around 90 degrees for both days. 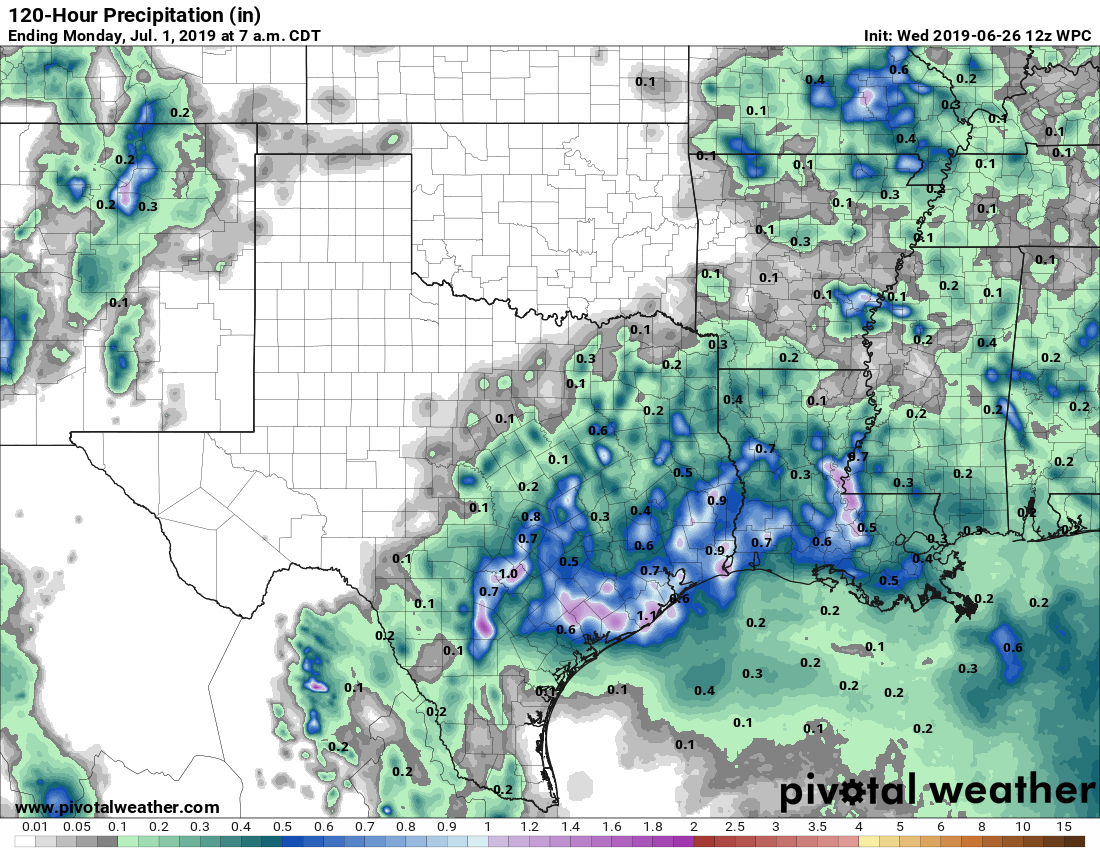 The early part of next week, at least before the July 4th holiday, looks fairly wet with low pressure lingering near the coast. The threat will come from slow-moving showers and thunderstorms. Right now the forecast models aren’t indicating anything too extreme, but we’ll be watching it as this kind of coastal moisture can definitely produce some heavy rains.

7 thoughts on “Scattered storms possible today, then a reprieve before the weekend”