Good morning. Most of the area remained dry on Tuesday, but there were some sneaky strong showers and thunderstorms in the Clear Lake area that dropped as much as 2-3 inches of rain over a few locations during the afternoon—a good reminder of August’s potential to produce a lot of rainfall quickly in Houston. We’ll fall into a moderately more wet pattern before the weekend dries out. This post will also looks into the tropics, which continue to remain active.

High-resolution models show scattered, but fairly strong showers and thunderstorms developing over parts of the metro area this afternoon and evening. I think the pattern will be similar to that on Tuesday, where a few areas see quite a bit of rain, but most of the region sees a tenth of an inch or less. The day will otherwise be partly sunny, with highs in the mid-90s. 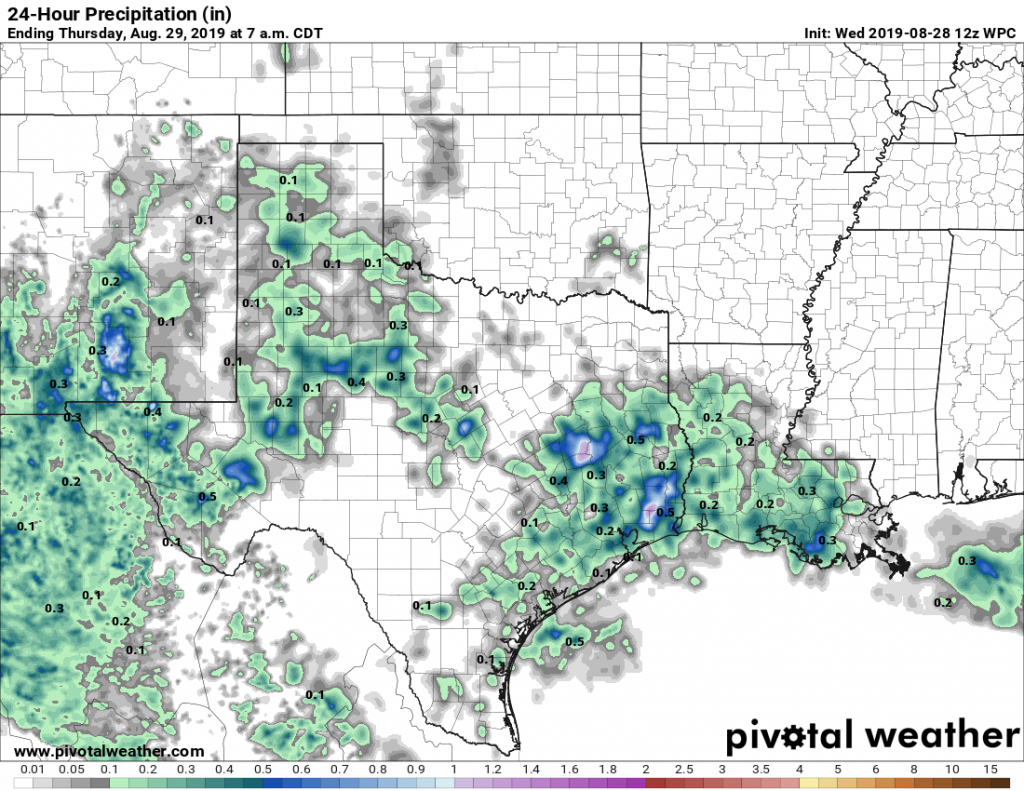 The pattern will be more or less the same to end the work week, with a dissipating cool front providing an impetus for scattered showers and thunderstorms. Rain chances will be about 40 percent each day. The front won’t have much effect on temperatures, with highs generally in the mid-90s, although lows may fall a few degrees into the upper 70s. So it goes in August.

The weekend looks hot, sunny, with only slight rain chances. We can probably expect daily highs in the mid- to upper-90s, and lows in the upper 70s. Not entirely going to rule out rain chances, but at this point high pressure looks to push them down into the 10 to 20 percent range.

Next week and the tropics

Our weather next week will depend upon how things evolve in the Gulf of Mexico. There are two primary factors to consider—Tropical Storm Dorian and a second area of showers and thunderstorms. First of all, here’s the forecast track for Dorian. 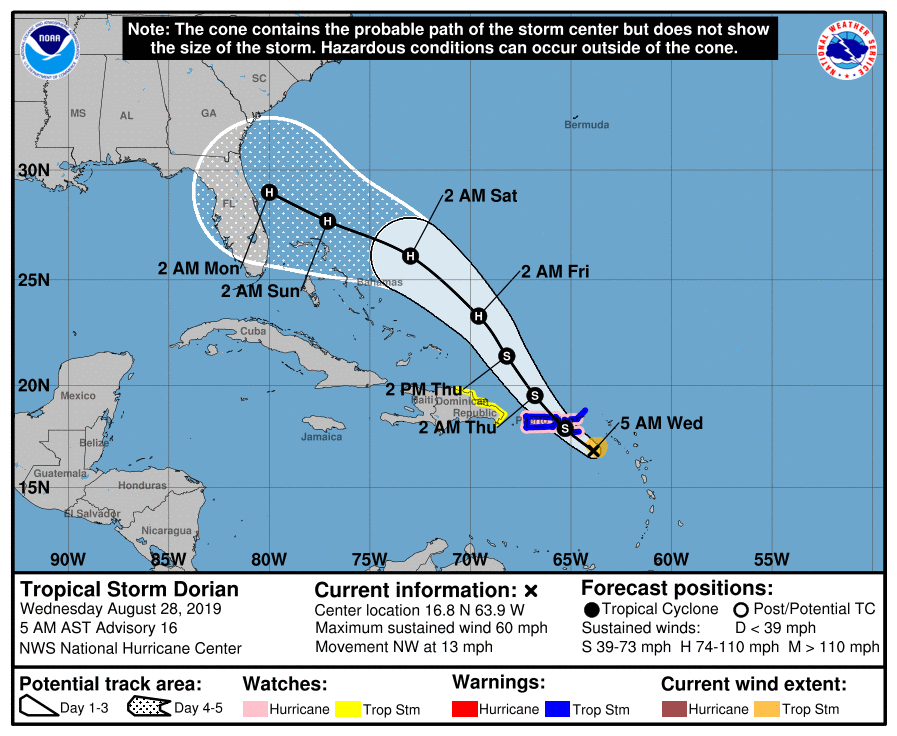 Most of the computer model guidance now shows a hurricane coming ashore somewhere in Florida between the state’s central and northern Atlantic coast. Because Dorian will miss Hispaniola, glance Puerto Rico, and have at least three days over the warm, open waters near the Bahamas, it is likely Dorian will have time to strengthen into a hurricane before landfall. Residents from Melbourne to Jacksonville should be watching the storm very carefully. After reaching Florida, Dorian may move briefly into the northeastern Gulf of Mexico, but then it should turn quickly north into Georgia or Mississippi. 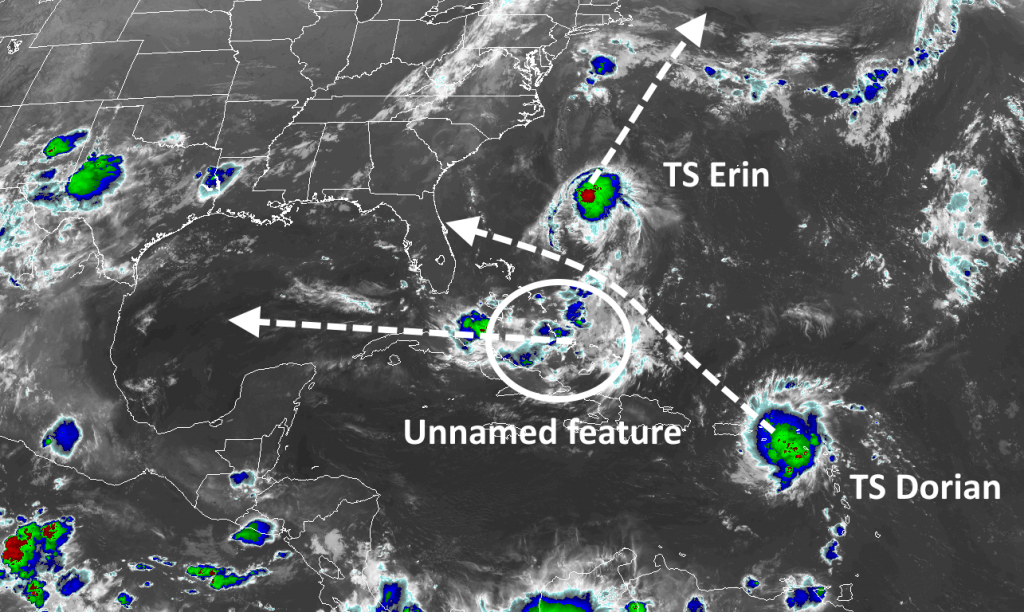 There is another feature worth watching that may have more impact on Texas’ weather next week. An area of storms now north of Hispaniola should exit west before the arrival of Dorian, and move into the central Gulf of Mexico next week. Models are not bullish right now about this system developing into a tropical storm, but it could be rainmaker in about a week. It probably gets pushed due west, into Mexico, but we’ll have to watch for its potential to bring a surge of tropical moisture into Texas, as well as the Houston area.

11 thoughts on “Showers possible through the week, keeping an eye on the tropics”