Good morning. As of 4am CT, the system in the Gulf of Mexico has nearly organized into a tropical depression (named Barry), and likely will become one later this morning or early this afternoon. While Texas isn’t entirely out of the woods, as there remains some uncertainty in the track and intensity forecast, this increasingly looks like a threatening situation for Louisiana. Because the state is next to Texas, and we have received so many questions from people living in, or traveling through Louisiana, we will continue to offer comprehensive coverage of Barry as the storm develops. If you’re living in Houston, please continue to pay attention to forecasts for the next couple of days, as tropical weather invariably offers up surprises. However, it’s probably safe to go about your business as usual this weekend. 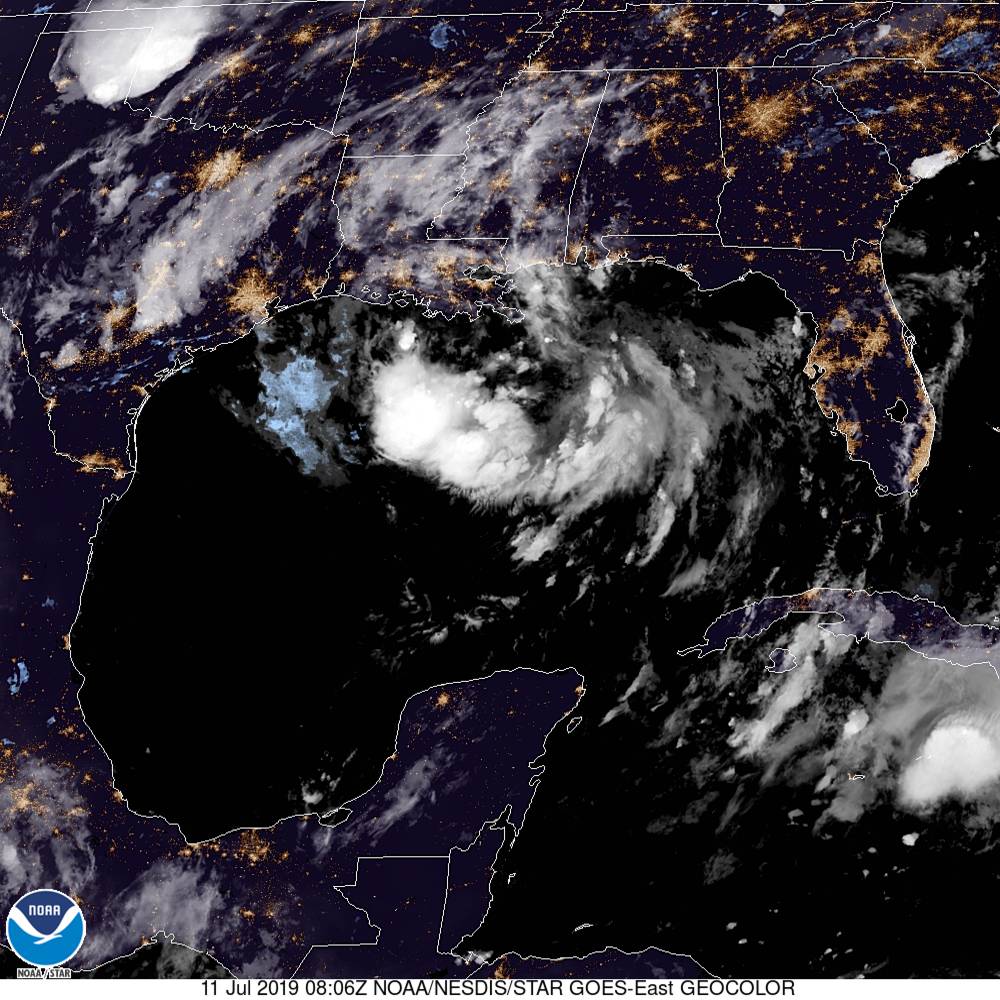 Satellite image of the tropical system shortly after 3am CT Thursday. (NOAA)

Confidence is increasing in the forecast track for a couple of reasons. First of all, we’re now likely only about 2.5 days away from landfall (likely along the Louisiana coast between Lake Charles and New Orleans), and errors for such a storm are typically less than 100 miles, even given the uncertainty with Barry. Secondly, although Barry has not yet formed a distinct center of circulation, there is nonetheless a decent clustering of ensemble members of the global models around such a solution. So a Louisiana landfall is likely for Barry, but not a certainty. 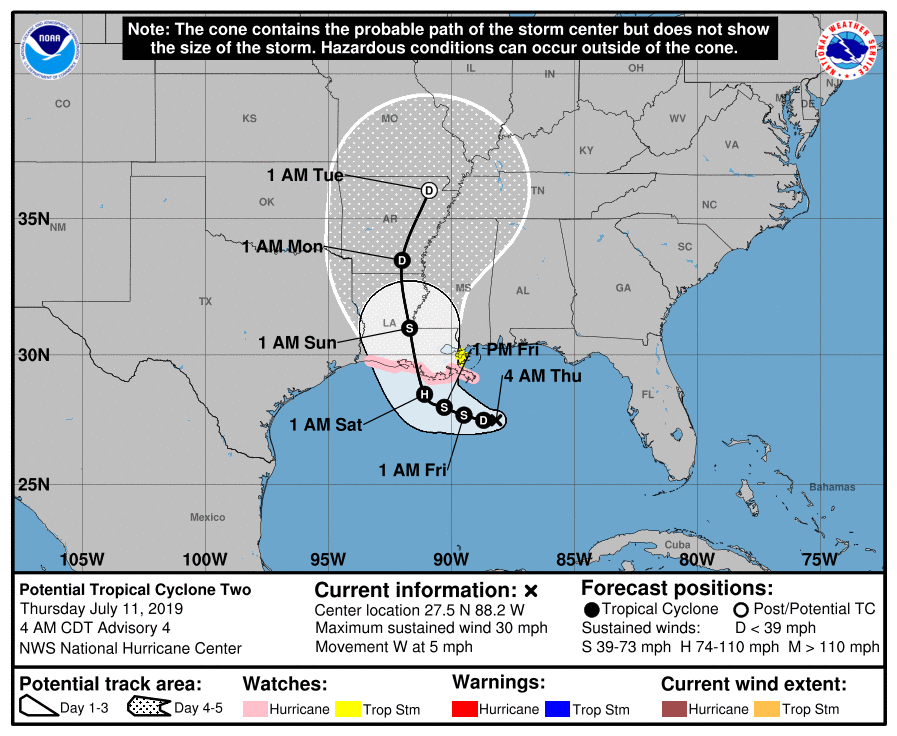 National Hurricane Center track forecast for the Gulf system as of 4am CT Thursday.

Because Barry has not yet organized into a tropical storm, and perhaps only has a couple of days remaining sufficiently offshore, this should help to set a limit on its intensity. The official forecast still brings Barry to minimal Category 1 hurricane status prior to landfall, but confidence isn’t particularly high.

If this forecast holds, most of Texas will not see significant effects from the tropical system. This is because most of the action—heavy rainfall, storm surge, winds—will likely occur on the right side of the storm. This is due to the counter-clockwise rotation of tropical storms. The latest forecasts suggest that most of Houston will probably see 0 to 1 inch of rain, with higher potential amounts in Galveston and along the coast. The latest modeling indicates that even areas as far east as Beaumont and Port Arthur are unlikely to experience more than 1 to 4 inches of rain from this system; although again this is subject to change should Barry follow a more westward track.

Extreme rainfall totals are possible in Louisiana through this weekend. (National Hurricane Center)

The state of Louisiana has already received significant rainfall from this tropical system, with up to 10 inches of rain falling in the vicinity of New Orleans. Flash flooding and river flooding are likely in parts of southern Louisiana beginning later Friday through the weekend. We have gotten lots of questions about travel through the state; our best advice is to check roadway conditions before leaving, and to seek alternate routes such as I-20 through northern parts of the state. Saturday is probably the worst travel day.

In regard to storm surge, while there are some concerns about over-topping of levees on Saturday along the Mississippi River in the Lower 9th Ward, Algiers and St. Bernard Parish, local officials with the U.S. Army Corps of Engineers believe they can manage surge levels. Water levels are expected to run 3 to 5 feet above normal on top of an already high Mississippi River due to floodwaters draining from the Midwestern United States.

28 thoughts on “Tropical system in the Gulf almost a depression, threatens Louisiana”